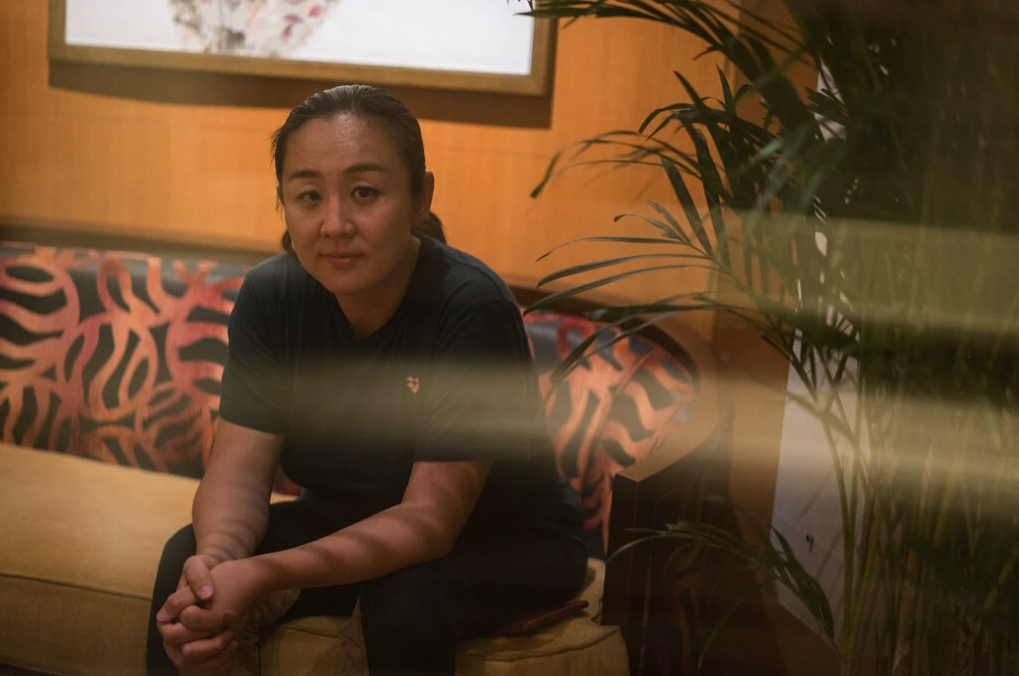 Every day for nearly five years, Juliet Shen’s 94-year-old grandmother in Shanghai has begun her day with a WeChat message to her 40 children and grandchildren scattered across the globe.

“Good morning, everyone!” she writes.

And each time, the diaspora of family members across China, the United States and Central America respond with a cascade of warm replies. Ms. Shen, 27, who lives in Brooklyn, also chats with her parents in China and her brother in Nicaragua in a separate WeChat group, where they share thoughts about their daily meals and other quotidian routines.

On Friday, Ms. Shen called her own meeting with her parents and brother to discuss the U.S. government’s plan to hobble WeChat, the hugely popular messaging service that is a lifeline for many Americans to stay in touch with family and friends in China. When she heard the news about WeChat, Ms. Shen said, “I felt like the wind got knocked out of me. It is the only and easiest way I’ve stayed connected to my family.”

The escalating tensions between the United States and China have long been a largely esoteric issue for many people, something that seemed to be made up of officials bickering with each other over measures like tariffs and items like semiconductors. But the U.S. government’s action to cut off the Chinese-owned WeChat and another app, TikTok, from American app stores at midnight on Sunday has now made the battle intensely personal for millions of people.

The feud is jeopardizing an essential means of communication when Americans are already restricted from traveling to China because of the coronavirus and travel rules. The Commerce Department’s action on Friday focused on new downloads of WeChat and the ability to transfer payments through the app, but those who already have the messaging service are likely to see its service degrade over time because they will be unable to update it with software improvements and security fixes.

The Trump administration’s action further decouples the digital systems of China and the United States, creating an increasingly fragmented internet. The United States is imposing the type of exclusionary restrictions that China has long placed on foreign tech companies that tried to operate there. Facebook and Google dominate in most of the world, but they do not offer their services in China. Twitter is also blocked in China.

WeChat, a do-everything social network that is owned by China’s Tencent, was one of the last major bridges connecting the two digital worlds.

Ms. Lan, who was born in China and travels there once a year, said that the internet experiences in the two countries had diverged for years, but that this latest escalation was “a new level.” She herself has lots of family in China, including older relatives who all use WeChat and are not prepared to move to a new service, she said.

“There’s no way that people like me don’t use WeChat,” she said. “It’s so essential.”

She added that she planned to use a virtual private network, a service that can disguise the true location of a user, to continue using WeChat in the United States. It’s a common tactic employed by people in China to gain access to Google, YouTube and Facebook.

Much has been made of the Trump administration’s moves against TikTok, the viral video app owned by China’s ByteDance, but the Commerce Department said a full ban of TikTok would not take effect till Nov. 12. TikTok is in deal talks with the American software maker Oracle and others, which may give it a reprieve from being blocked.

That means the fallout is more severe for WeChat users. Lindsey Luper, 17, who lives in central New Jersey and has both TikTok and WeChat, said her family used WeChat to send money and canned goods to relatives in China who needed financial support and food. Losing access to the app is “very scary,” she said.

She enjoys TikTok, but she said what was happening with WeChat was much more distressing.

“It’s like comparing a game on your phone to the messages app,” she said. “If both were getting banned, clearly one you need for communication with pretty much everyone in your life. And the other one, it’s unfortunate, but it’s not a necessity in the slightest.”

To prevent a WeChat ban, a group calling itself the U.S. WeChat Users Alliance has filed a motion in a federal court in San Francisco asking for a temporary injunction against the block.

Other people said they were scrambling to find alternatives to WeChat. Sirui Hua, 29, a resident of Jersey City, N.J., told family and friends in China to sign up for QQ, a messaging app also owned by Tencent. He is also planning to use Apple’s FaceTime to video chat with his parents in China. But it is hard to replicate the experience of WeChat, where he has more than 2,000 contacts, he said.

Every Saturday evening, Mr. Hua’s parents, who live in Jiangsu Province near Shanghai, message him — their only child — on WeChat for a one-hour video chat. Lately, they have warned him to stay home and to always wear his mask as coronavirus rates increase in the United States. It’s a reversal from early this year, he said, when he warned his parents to stay home in China because of soaring infection rates there.

During the pandemic, WeChat has been a particularly important line of connection, he said. Mr. Hua has his WeChat desktop app open during the day, getting messages from dozens of friends in China. His phone app is where he sees the app’s scrolling Moments feed, similar to a Facebook Timeline, which keeps him updated on how they are doing.

Other WeChat users in the United States rely on the service to keep in touch with customers or maintain important cultural traditions.

Hong Allen, 53, works for Usana Health Sciences, a nutritional and dietary supplement company that is based in Salt Lake City and has operations in China. Most of her clients and customers are in China, and she uses WeChat to communicate with them. Now, she is afraid she will lose all her contacts.

“I really don’t know what to do,” said Ms. Allen, a resident of Vancouver, Wash. “How do I live?”

Huajin Wang, 43, of Pittsburgh, uses WeChat to send a virtual red envelope of money — a Chinese tradition of giving a cash gift in red packets for special occasions or holidays — to friends and family. The U.S. restrictions would prevent that small but meaningful gesture, she said.

“It’s just a small amount, like 50 cents a person, but it is a tradition and sending it make me feel connected to these traditions,” Ms. Wang said.

Ms. Shen said she and her family decided to fall back on email and Skype for communication, the tools they used before WeChat became a daily fixture for them. She added that the feud between China and the United States had slowly pulled her family apart.

Her father, a U.S. permanent resident, was held by Transportation Security Administration officials while traveling to China six months ago, and his laptop was confiscated, she said. Her parents, who have lived in the United States since the 1980s, were on their way to take care of their aging parents in Beijing and Shanghai. Now they are afraid they will face difficulties returning.

“It’s an impossible choice,” Ms. Shen said. “They feel pressure to declare loyalty. It feels like no matter what we do, we will be punished.”