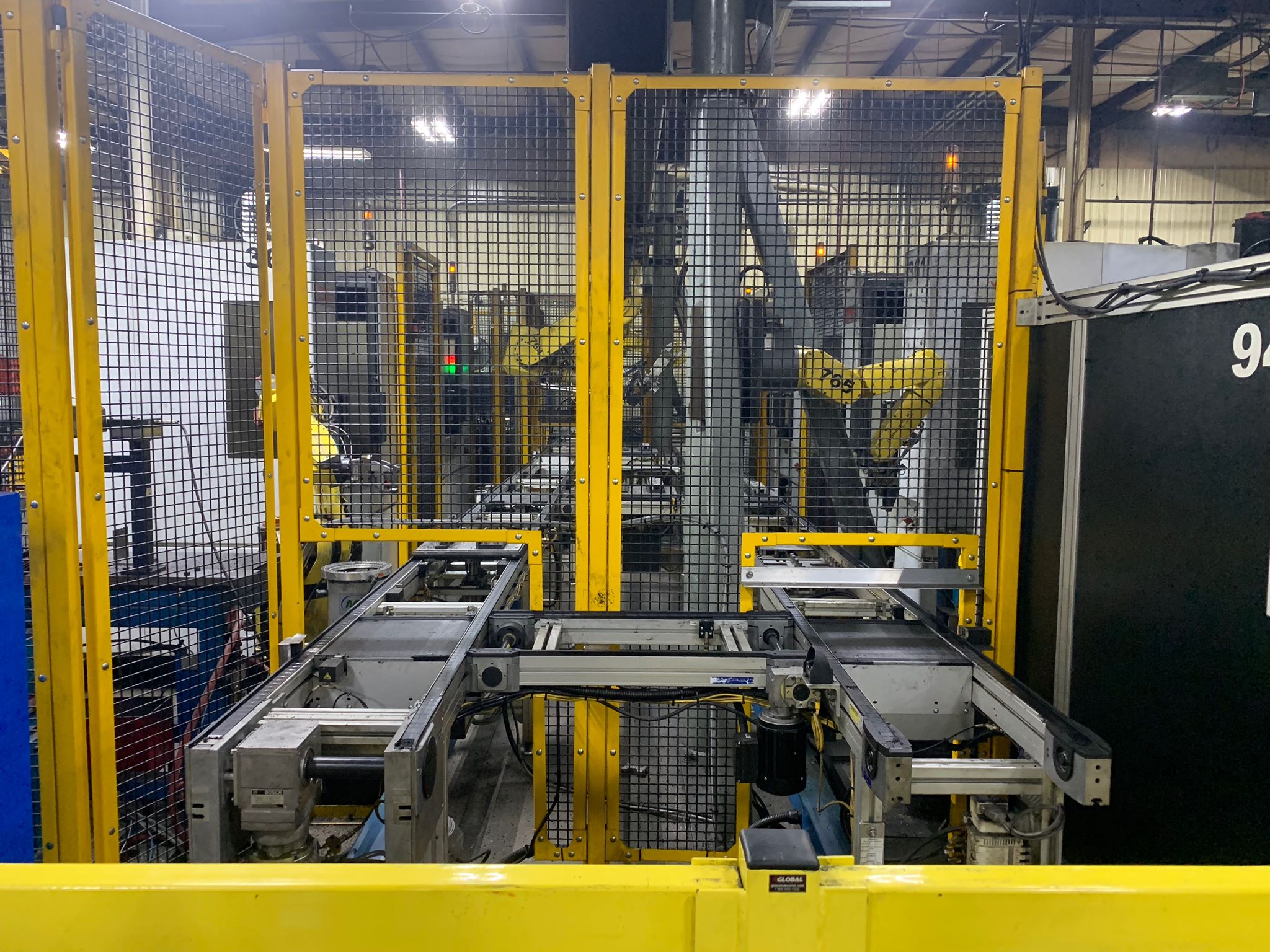 A closer look at automation in manufacturing

For all the talk about how “behind” industries like manufacturing are and how destined we are to see radical changes in employment with the proliferation of AI, few in tech realize that manufacturing is one of the most automated parts of the economy.

That doesn’t mean it doesn’t need new tech, but it does mean white space is more elusive than we credit. Understanding historical decision-making and incentive structures matters.

First off — automation is expensive. While machines are everywhere in manufacturing, a single manufacturing cell like the one above at an automotive parts supplier can costs hundreds of thousands of dollars. And on a floor, this would commonly be one of many different set-ups. In many cases this means factories have taken on large amounts of debt in the name of automation.

Cost cutting for efficiency (as most in tech like to think about it) can be an incentive to automate, but it’s more often an investment in the future to remain competitive. Cost cutting is most prioritized when people feel they can no longer win contracts because they can’t produce at competitive prices. For a family business, automation as a cost cutting mechanism is not growth, it’s a sign of hard times.

There are other incentives to automate, such as increasing complexity of parts or products that can’t be produced with existing machines or the importance of combatting commoditization by adding additional value into a commodity good (think painting a steel beam or assembling a rebar cage). And taken together, these incentives have driven billions of dollars in automation investment over the last century, making companies more competitive than ever before.

At the same time, they’re suffering under the weight of aging machines and often burdensome debt. Here’s a decades-old press brake from the Cincinnati Milling Machine Co. Good luck finding replacement parts or finding someone experienced to repair it. Companies often mill their own custom replacement parts, since one machine going down can halt production for an entire factory.

Many of us are not used to debt-heavy, high CapEx, high fixed cost, highly cyclical, rapidly commoditizing businesses. They’re extremely hard to run and, in the aftermath of the recession, owners have had to get extremely creative to keep their businesses afloat. This steel mill moved employees to a variable comp structure, with bonuses tied to steel demand, letting them maintain profitability remains even if utilization were to tank.

Banks have proven themselves unreliable and untrustworthy partners over the last decade. Instead, use of community and regional banks is common. Some companies are even loaning themselves money and setting aside pools of cash for investment and rainy days.

And then, there’s the labor challenge. Traditional automation has focused on high volume, low variance tasks. But low volume, high variance tasks are the key manufacturing tasks likely to be impacted by the proliferation of computer vision-enabled robots and AI more broadly.

Today, high skill workers hold these jobs (i.e. welding). These workers are scarce and can earn nearly 6-figure salaries. With 3% unemployment rates, the recruiting scene for manufacturing companies isn’t unlike San Francisco. Workers want to feel like they’re contributing to a problem that will have a big impact. They want benefits. They want culture fit. They want to be listened to and valued as more than cogs. Sound familiar?

Check out this Facebook group called “WeldPorn” that has 600,000+ folks posting & engaging around DIY welds. This isn’t happening in spite of automation, it’s a reaction to automation. There’s great pride in being able to do something other humans & machines alike cannot do.

At BSV, we’ve been lucky to meet great companies that are focused on factory floor automation — and we love them. But we’d like to see even more companies that focus on the range of these core problems, including:

If that’s your company, drop us a line.